Mini-world play continues with our ice and snow landscape. Some wadding over rocks to create snow-capped mountains, plastic dishes for icebergs, glass jewels for water and ice-flow and a selection of plastic penguins, polar bears and a killer whale complete our scene. While not technically correct (for instance polar bears and penguins do not live in the same pole) it looked inviting and was something different. 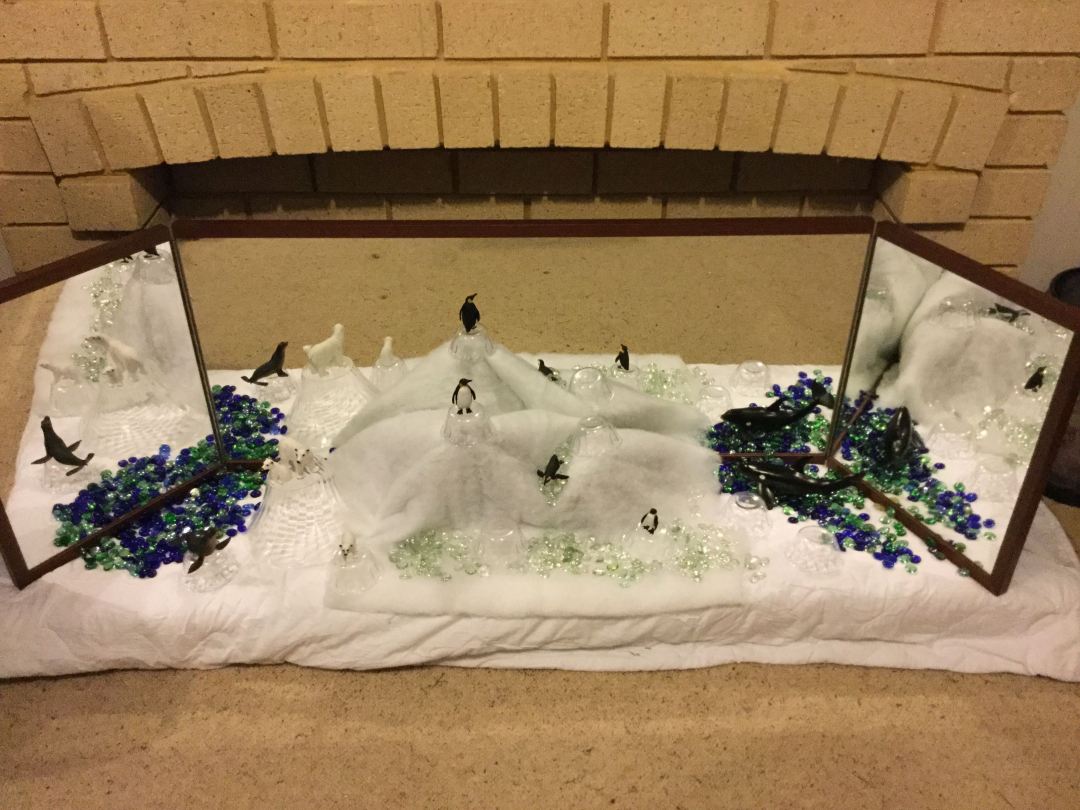 As is usually the case for our mini-worlds, the older girls set up the scene repeatedly and the younger boys provided them with many opportunities to do so as they wrecked it almost immediately, with polar bears and killer whales eating penguins and beaching themselves on the mountains. Surprisingly the scene didn’t really interest the children long term, but was revived when they collected some boats and divers from the bath toys and NOW the little boys had some interest. Penguins dived into piles of jewel water and divers crashed their boats all over the place, fighting off killer whales along the way. 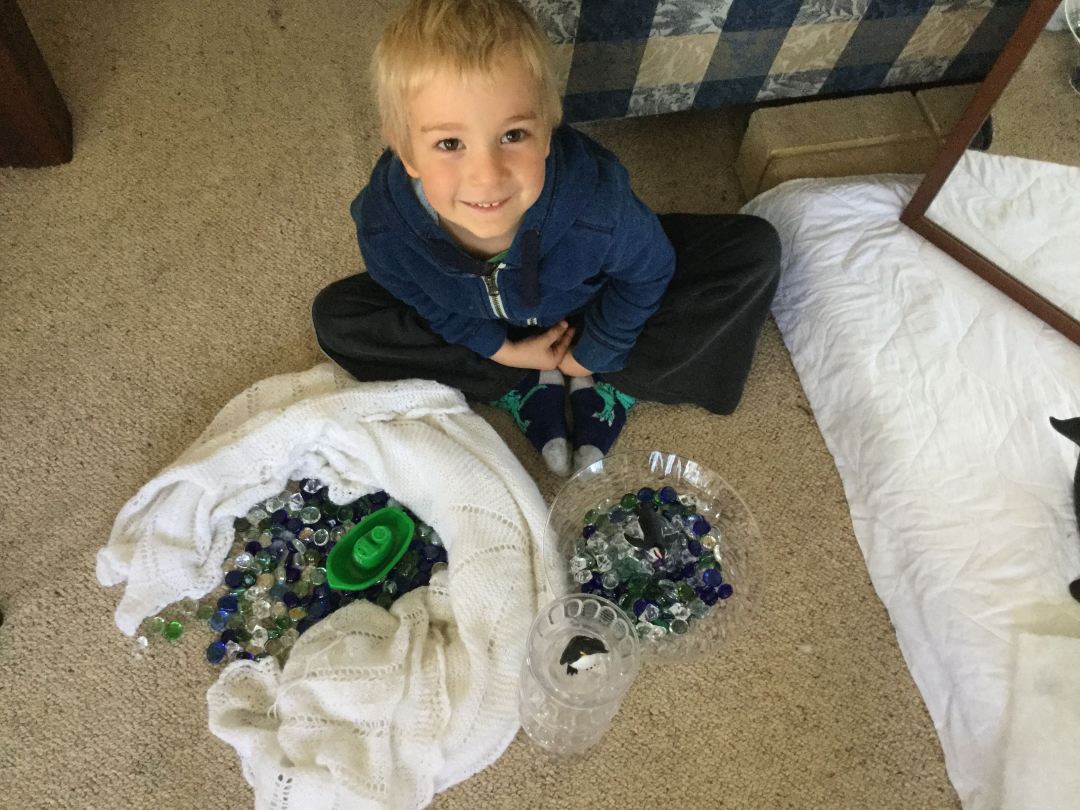 My 5 year old made a snow dam with a white blanket and spent quite some time building towers with the small plastic iceberg bowls and jewels. While the boys didn’t use the scene as I had imagined, they enjoyed it in their own way.

The 2 year old just wanted to tip and pour the jewels and insisted on taking them off the step and onto the carpet for her play. She also loved the bears and wanted to put them in her handbag and take them away to her bedroom, becoming rather unhappy when told they needed to stay in the scene.

Target and Kmart now have a range of realistic plastic animal models similar to the Schleich brand but much more affordable and that is where I sourced this selection. Later on I will put them out again with some frozen sheets of ice in trays and a variety of ice blocks in the water trolley; perhaps in the summer months I think!